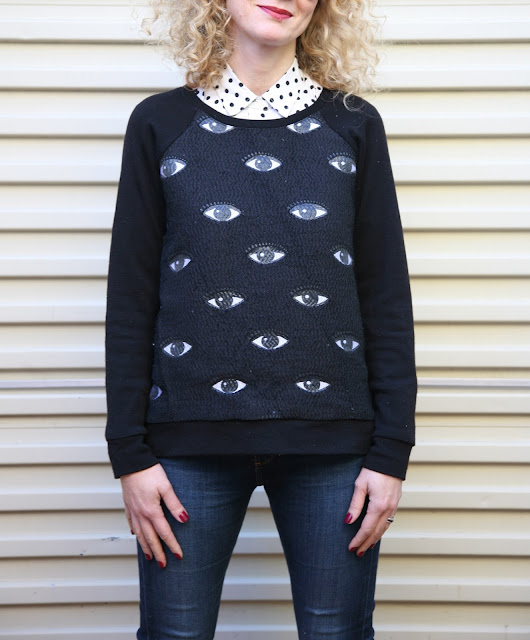 My Sicilian mother's family are all big believers in malocchio - the evil eye.  Growing up, I'd sometimes see Mum/aunt/cousin/random relative suddenly struck down with a bad-eye symptom that generally manifested as a really, really bad headache. What then followed was a distress call to my aunt who would call her Greek neighbour who would then perform an incantation with oil and water who would then call back my aunt and advise whether headache-afflicted member of family was indeed struck down with evil eye. I'm not familiar with all the mysteries surrounding the magic of this ritual, but I do believe that if the oil dissolves in the water it means you've definitely been bad eye-ed. The good news? Once the ritual was complete, the curse was miraculously lifted and headache would soon disappear. So they said. And "Pfffffffft", I said. 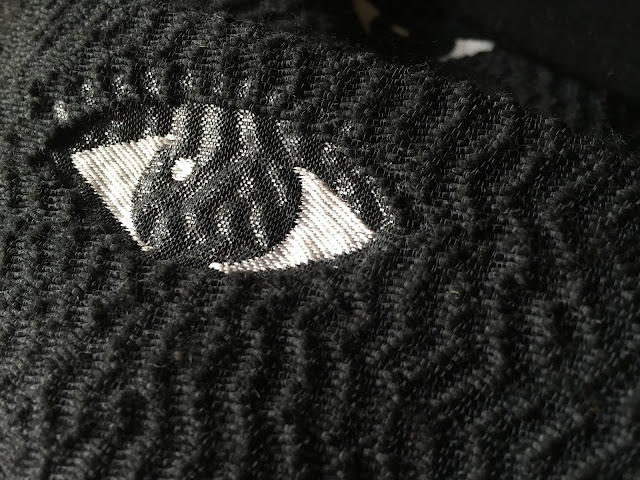 Now I'm not one to tempt fate by walking under a ladder but I certainly don't count myself as being particularly superstitous. When it comes to headaches, there are only two guaranteed things that'll give me one - a hangover and (sad face) Haigh's chocolate. No surprises with the former. The latter? Strange but true. But I had never, ever believed in the bad eye until about five years ago. I'd had a repulsive headache for about three days and, though still functional (albeit in super slo-mo), felt both shitty and nauseous. I think I'd taken more panadol in those three days than I'd taken in my whole life and I hadn't eaten/drunk either of my headache culprits. So for the first time in my life and out of sheer desperation, while standing in a supermarket carpark, I called Mum to ask her to call my aunt to ask her to call her neighbour to ask her if I had the bad eye. Maybe five minutes later I was sitting in my stationary car, eyes closed, debating whether to start the drive home or wait until Mum called me back when - NO WORD OF A LIE - I experienced what felt exactly like a bubble pop behind my forehead followed by a tingling sensation across the same area. Think pins and needles but across your frontal lobe. And then my phone rang and it was Mum and she said "Kathy said you had it really bad". And I TOTALLY AND TRULY SWEAR to both you AND the God of Bad Eyes, my headache - in that moment - completely disappeared. So, as an homage to that day (and also as really just a splendid union of awesome pattern and awesome fabric), let me introduce you to my Bad Eye Linden Sweathshirt. 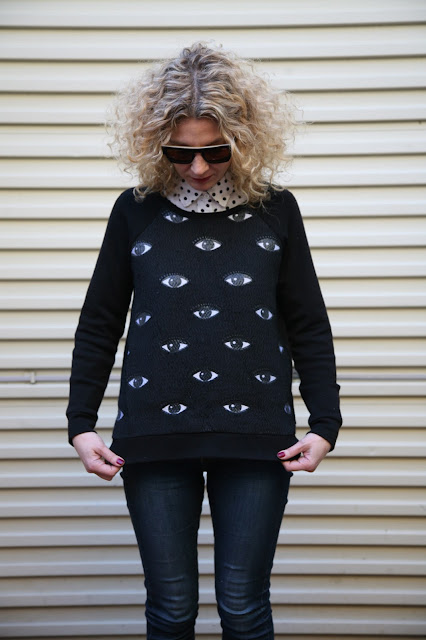 This Linden is my third and favourite. I Instagrammed the following two last month. The grey version (size 8) was meant to be for the fella but the neckline was too wide for his liking so I serendipitously scored. It's fantastically relaxed in the way I think the pattern is intended, and I really love it. 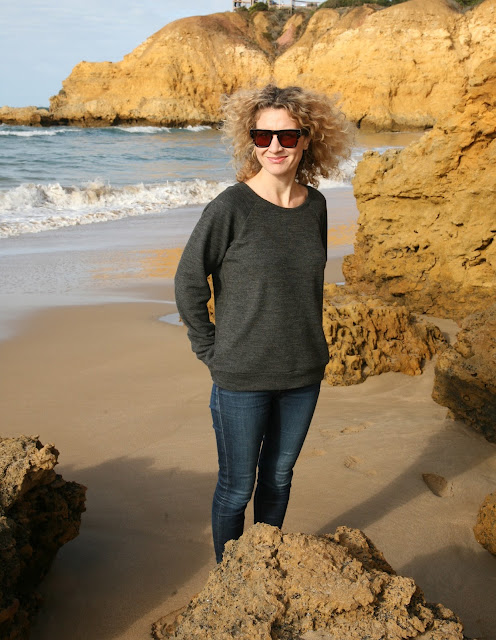 The Liberty fleece version below was made from a teeny remnant that was, from memory, a little over a metre in length. I don't even know how I managed to eke out all the pattern pieces from the limited meterage I had, but eke out I did by cutting the sleeves and some of the bands off grain. Shortening the sleeves helped too. This one's a size 2. To compensate for this jersey's limited stretch, I lengthened the bands according to Anna's perfect suggestions. 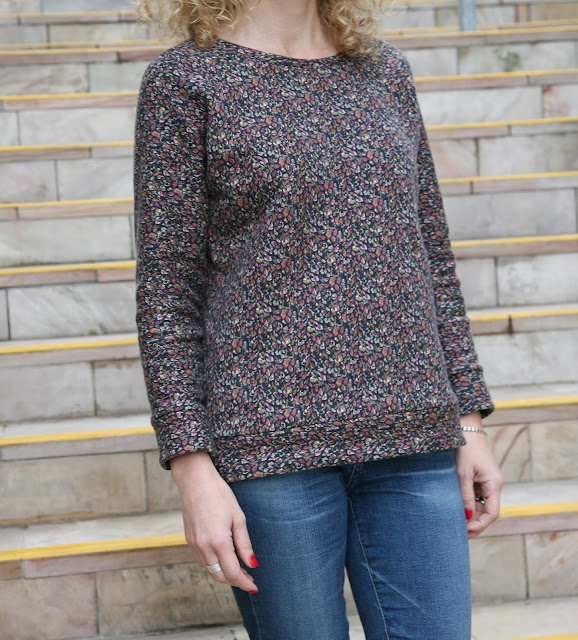 My Bad Eye Linden is also made in size 2 and for this one I went with full sleeve length. Due to the feature fabric being a woven jacquard (and also pretty thick) I decided to use it on the front only. For this I used just half a metre. The sleeves, back and bands are all made from a beautiful thick Italian double knit merino called Ebony Jersey. 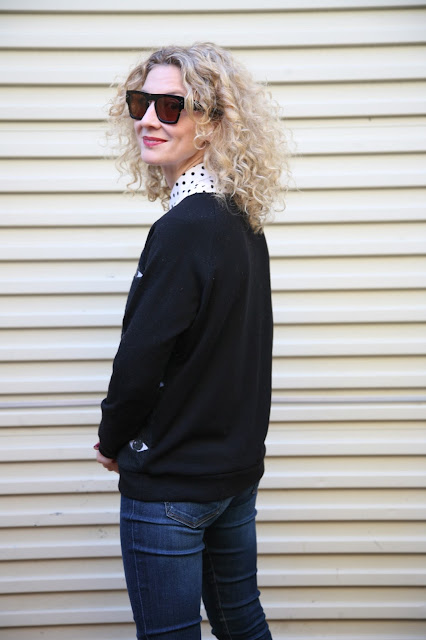 The Black Eye is unfortunately now sold out and it also came in a cream which, since Instagramming yesterday, has also sold out. But - good news! - Red Eye is still available in Surry Hills and Melbourne. And while we're on this amazing fabric, feast your eyes on THIS gorgeous jacket made by staff member Jack... 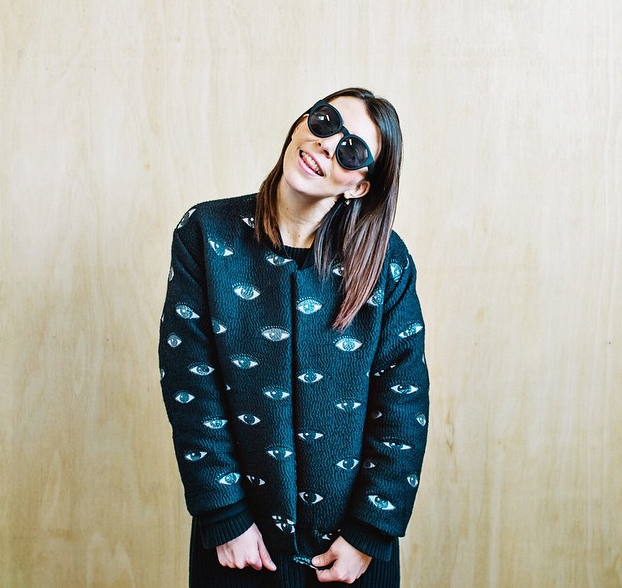 To bad eye believers, wearing an eye pendant or eye motif protects you against being hit by that evil stuff. So don't even think about bad-eyeing me if you see me wearing this jumper because I've got twenty-three times the eye protection now making this one very powerful and awesome Linden!