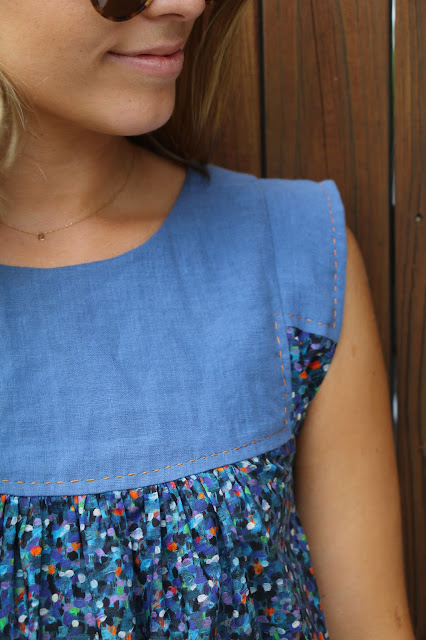 I often think about making little changes to our existing patterns, constantly inspired by styles and detail finishes I see in RTW garments. It's a fun, easy way to alter a TNT pattern for a little variety. 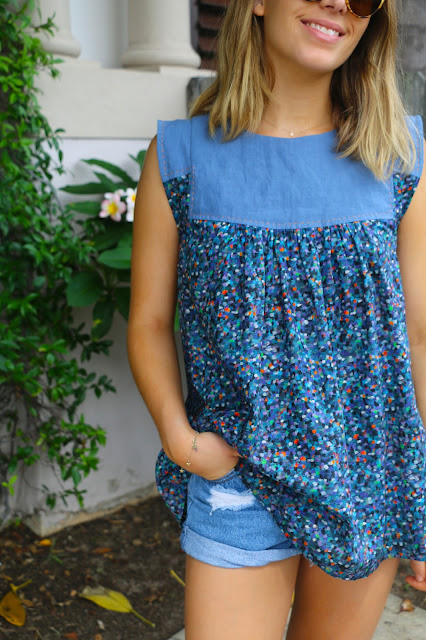 Since releasing our Alice Top pattern two years ago, I've thought about modifying the armhole band  to both compliment the yoke and give another effect to the shoulder line. The latest arrival of Liberty prints, in particular this Pointillism Blue, prompted me to finally give it a try. 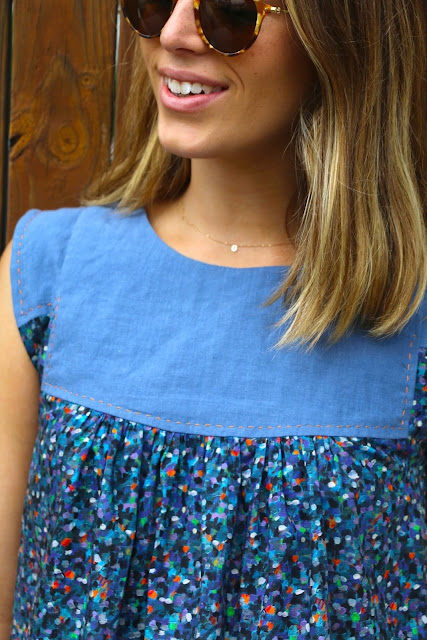 I combined the print with a co-ordinating plain 100% linen Hartford Denim, adding contrast orange topstitching detail to compliment the pops of colour in the Liberty print.

Here's how I modified the armhole bands (click on images to enlarge): 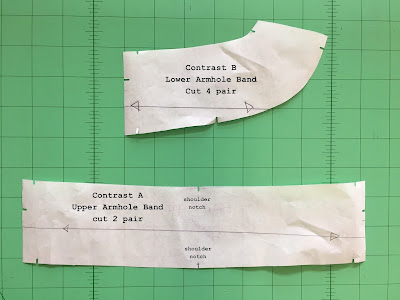 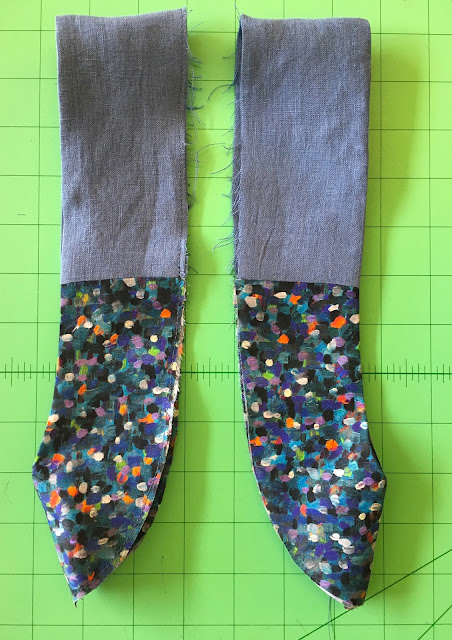 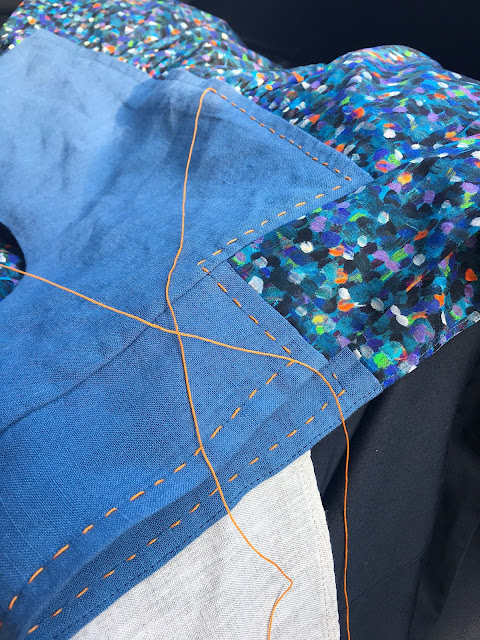 In addition to being a great scrap buster, this is such a simple alteration and the possibilities are endless for combining embroidered, printed and textured fabrics with plains.
SaveSave